When To Appeal An Office Action

Twenty five years ago, the training of patent examiners was much different than it is today. The patent examiner’s academy as of at least ten years ago, were instructing their new recruits to throw any prior art at the invention in an office action to see if it sticks, or hope the inventor gets discouraged and gives up on getting a patent application issued. The motivation for the Patent Office’s academy teaching lies in the interpretation of 2007 Supreme Court case of KSR v. Teleflex (KSR). KSR makes it easier for a patent examiner to combine unrelated prior-art references (patents, published patent applications or publicly accessible documents) to reject the claims of a patent application.

Unfortunately, the newly trained examiners of today are even more likely to make unreasonable rejections then ten years ago. If the examiner was trained before KSR, you are more likely to get a fair examination, then if the examiner was trained after KSR. However, the Patent Office does have a mechanism to deal with unreasonable examiners and supervisors. It is called the Board of Patent Appeals. The examiners and especially their supervisors do not like to have their rejections reversed.

There is a process called a pre-appeal, where a pre-appeal brief is reviewed by the examiner, the examiner’s supervisor and a supervisor from a different art group. A notice of appeal is filed and a five page argument is filed. The pre-appeal may be useful, if you are dealing with a primary examiner. However, the pre-appeal is usually a waste of time, if the examiner is following the lead of a primary examiner or a supervisor. The best way to deal with an examiner who is making an unreasonable rejection is to file an appeal brief. If the supervisor thinks the appeal will be lost, they will either find a reasonable grounds of rejection, or simply issue a notice of allowance. Both the pre-appeal and the appeal cannot be filed, until a second office action is issued.

Even if the supervisor lets the appeal go through, there is at least a 50 percent chance that the Board of Appeals will reverse the examiner’s rejection completely or in part. The full-fledged appeal will take about one and one half to two years to get a decision from the Board of Appeals. If the examiner rejections are reversed, the supervisor will usually honor the Board of Appeals decision and issue a notice of allowance. In response to the notice of allowance, the patent attorney will pay the issue fee and file issuance paperwork. A patent will issue in one to two months, after payment of the issue fee.

As your patent agent, Don will quote a flat fee for all legal needs related to obtaining your patent, like invention licensing, so you will know all legal costs before you start. Don works with inventors, design departments, and corporate attorneys in the USA and around the world from his office near Milwaukee, Wisconsin, USA.

If you have any questions after reading this information, feel free to call or E-mail me at info@itspatentable.com with no obligation. I charge flat fees for most of my work (unlike my competitors), so you will have a reasonable idea of the cost before you start. I also offer prosecution and defense of patent disputes for a fee of $230/hr plus disbursements. 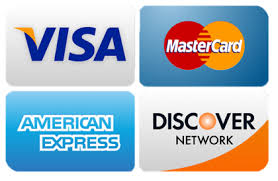